It takes a village. Our team of directors love this place as their own and continue to set an industry standard with their knowledge, service and passion. Meet the key players who keep our operations ticking. 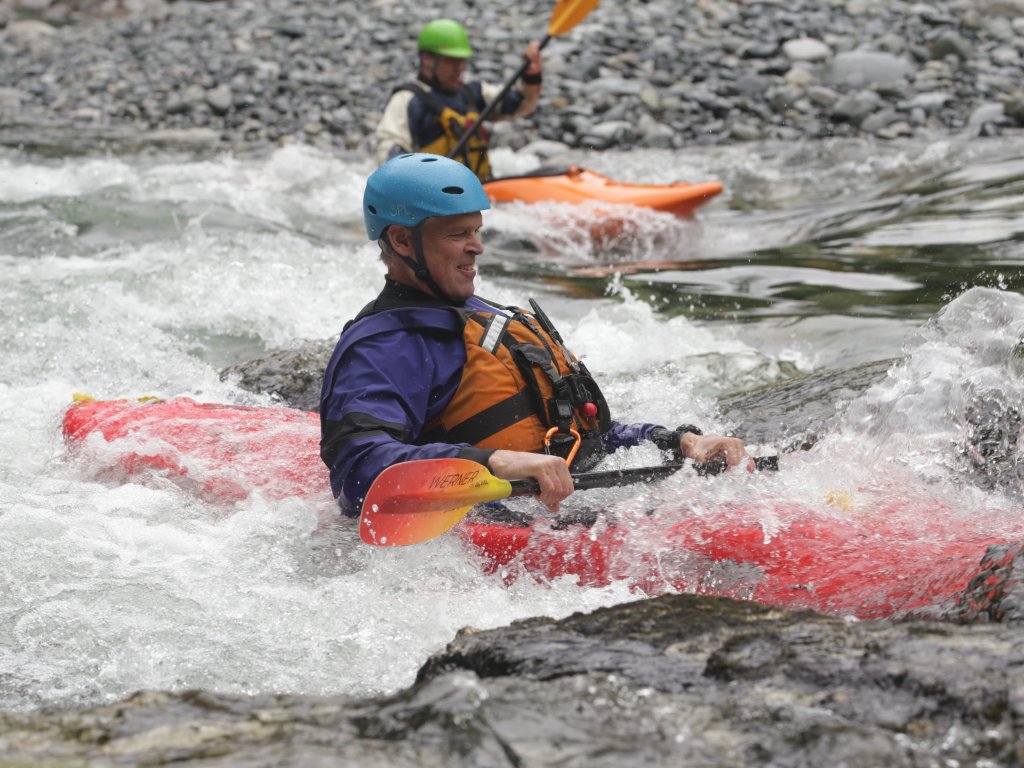 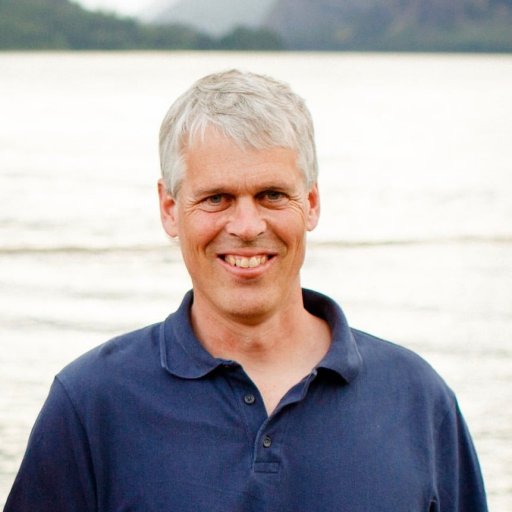 As the son of Jim and Myrna Boulding, Jamie started working for the family business as early as the age of nine, when he remembers pumping gas. At the age of 15, he was teaching canoeing, then by the time he was 17, in 1978, he was already leading groups. Jamie then moved to managing the Lodge in 1993. Active in all aspects of the operation, he continues to steer the vision and values of the Lodge, alongside his wife, Christine.

When he’s not instructing, operating a small water system, or fixing something around the Lodge, the humble 6’6” giant is happiest when he’s outside or doing something active. He is a sea kayak guide examiner and instructor, and a trainer for Paddle Canada, not to mention a former National Team rower, and captain of the UBC basketball team. With the ultimate goal of finding the balance between a “minimal footprint” and creating a “maximum impact for guests and staff,” Jamie continues to educate and empower the Lodge community with his passion for sustainability and outdoor recreation. 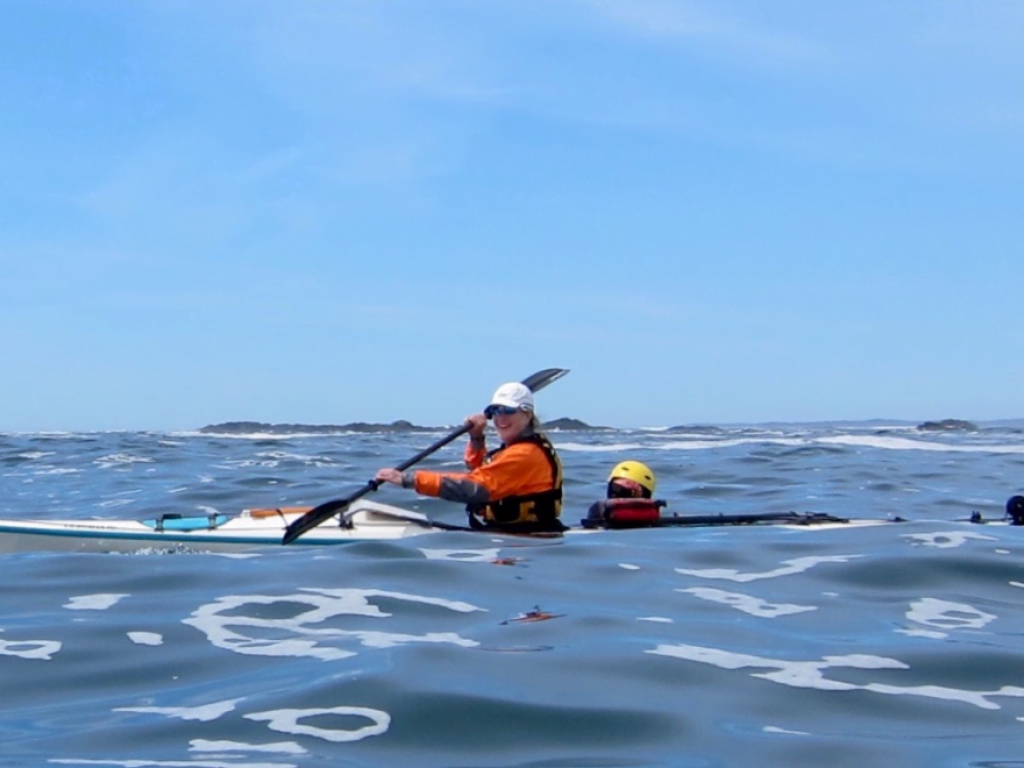 Hailing from Embro, Ontario, but calling the Lodge home since 1992, Christine oversees the internal decisions that govern the day-to-day operations of the Lodge. Whether it's programming, human resources, office work, or ensuring that clients are well taken care of, no task is too big or too small. Alongside Jamie, Christine steers the decisions that make the Lodge what it is today.

Her efforts have not gone unnoticed, and in 2003 Princeton University honoured Christine and recognized the Lodge with the Josh Miner ‘43 Award for outstanding contributions to the field of experiential learning. She is a major force behind the scene and loves that her job is never boring, and provides endless scope and opportunities to learn. Like Jamie, Christine has a passion for outdoor pursuits, and has achieved excellence in sport. From 1983 to 1988, Christine was National Team rower, winning fourth place finish in the 1984 Olympics, two bronze medals at the 1985 and 1986 World Championships, and a gold medal at the Commonwealth Games in 1986. While Christine still loves being on the water, today she spends her free time exploring remote areas of Vancouver Island's west coast with her family, and on occasion can be found kicking up her heels at a barn dance. 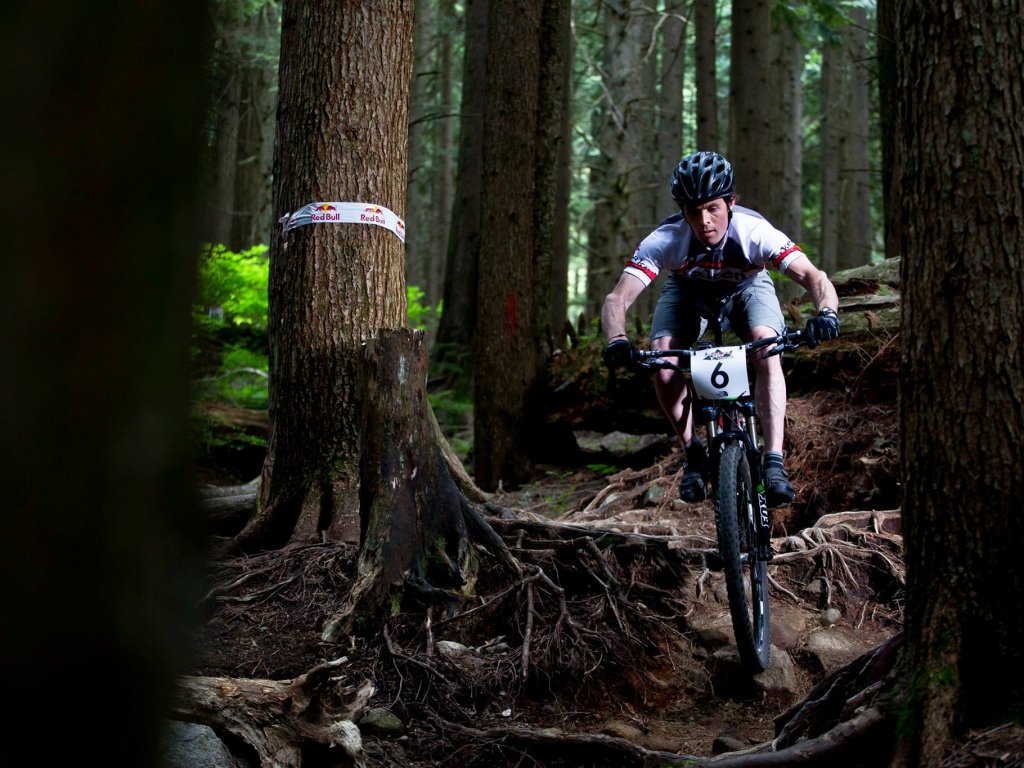 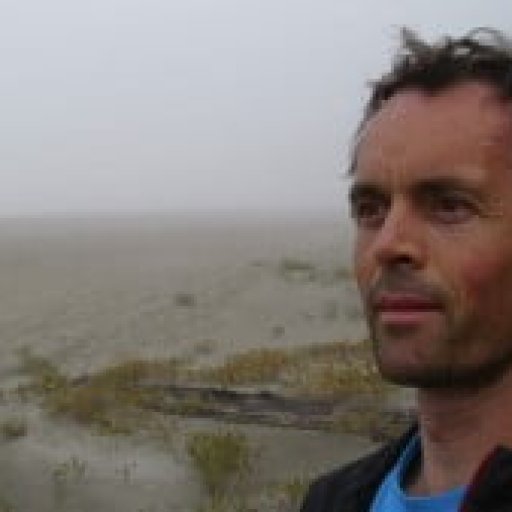 Paul has been the Program Director at Strathcona Park Lodge since 2006. With an Adventure Guide Diploma, a Bachelor of Tourism Management from Thompson Rivers University and a Yamnuska Mountain Skills semester under his belt, he brings a wealth of experience to this position.

When not in the office helping groups plan their trips or troubleshooting the myriad number of challenges that arise in the outdoor education business, Paul can be seen driving and picking up groups from the west coast, or on out on the property dealing with the many diverse demands associated with overseeing program staff and the thousands of school kids and hundreds of summer guests who visit the Lodge each year. Despite the many hours Paul dedicates to his job, he finds time to serve as a volunteer on the board of directors for Avalanche Canada and the BC Camps Association and has been a past board member of the Federation of Mountain Clubs of BC. Paul's leisure time is equally active and he spends quality time with his family, going on sailing adventures and to sports competitions and is a dedicated member of the biking community, riding on the many trails of Vancouver Island and wherever his adventurous spirit takes him. 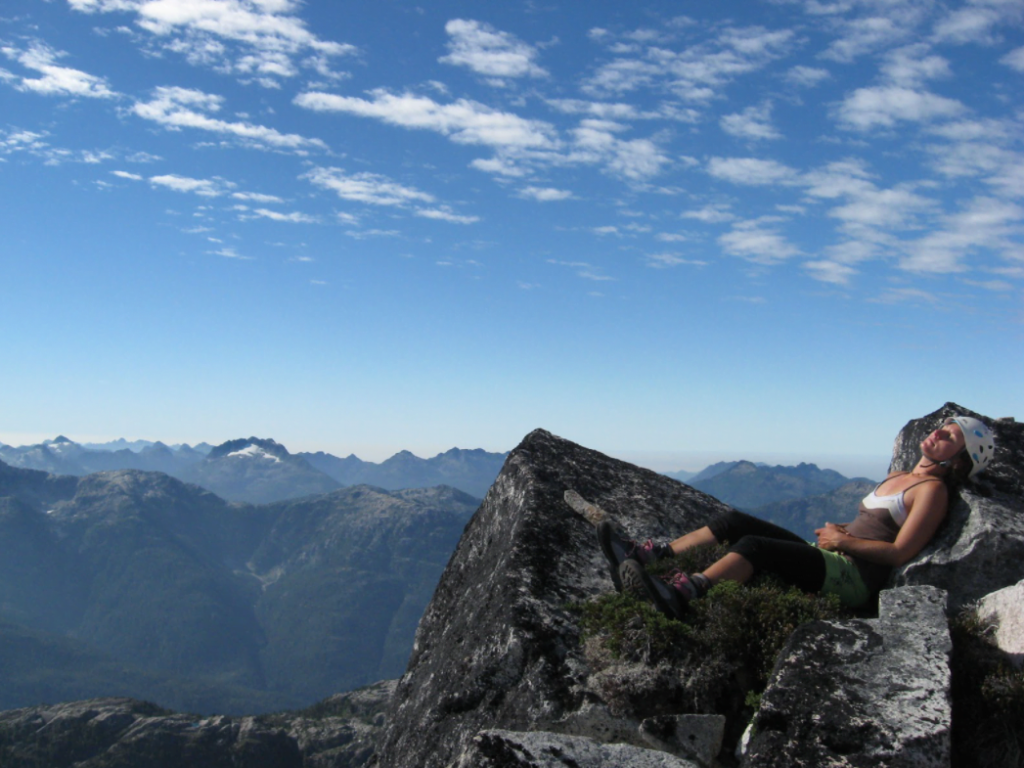 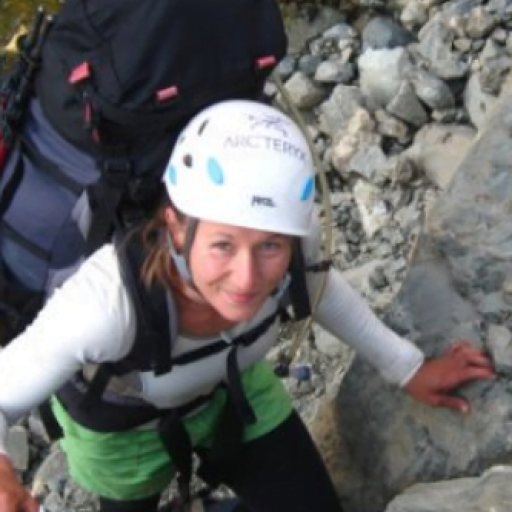 As a Level 3 Sea Kayak Guide (SKABC) with a Mountaineering Guide Licence, a BA in Social Psychology, and an MA in Adventure and Experiential Education, Julia is another well-qualified addition to the Strathcona team. Julia grew up an avid swimmer and competed in volleyball for 13 years.

Always keen to learn something new, she enjoys the challenges that each year brings. With the setting, the people and the work, life sometimes feels a little too good to be true... but she doesn’t question it too much. While she is always keen to explore new areas, she has a soft spot for her balcony, and loves spending time on the Burman River. 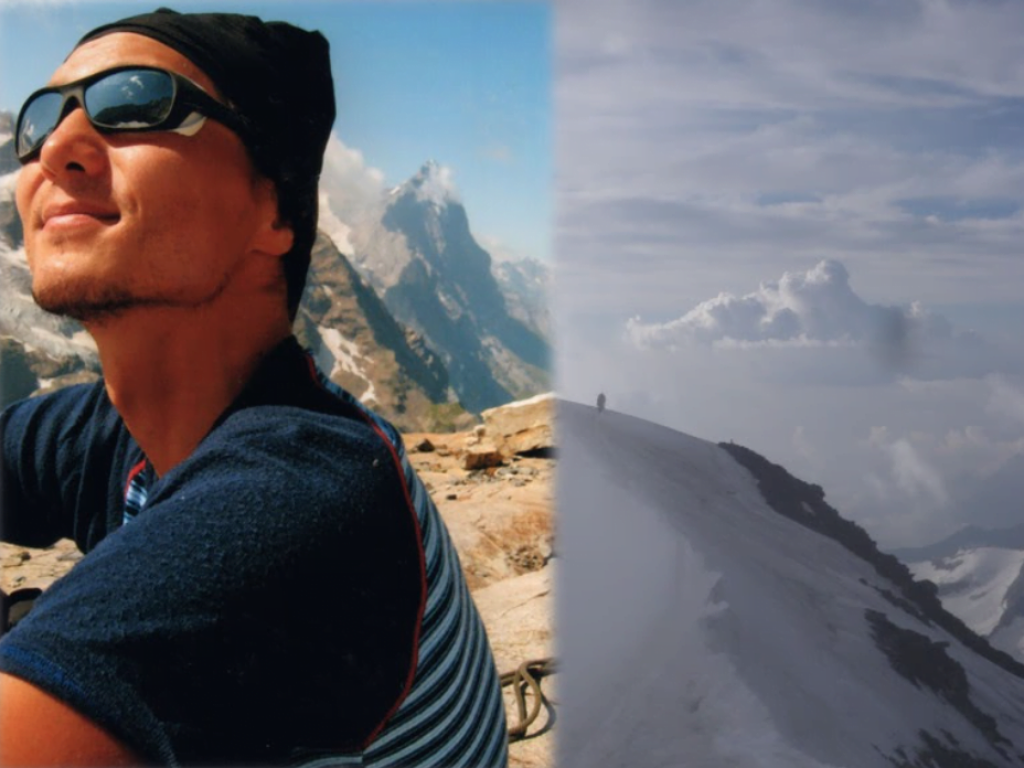 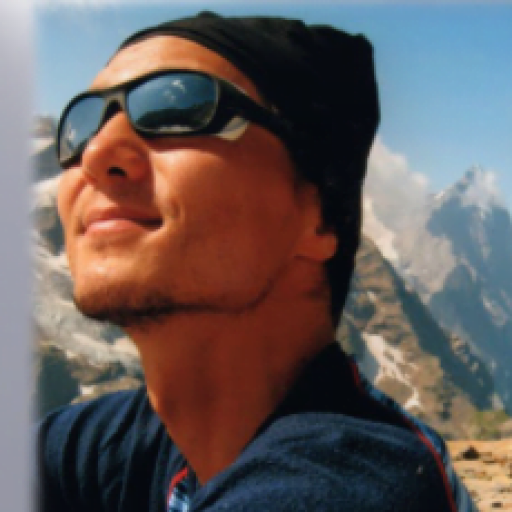 After stumbling upon the Lodge on his way to hike in Strathcona Park, Sebastian was hired as an instructor, and with a geography degree from Ruhr-University of Bochum, a Masters in Outdoor Experiential Education from Phillipps-Universitat Marburg, and a Graduate Diploma in Science from the Victoria University of Wellington, is a knowledgeable and welcome addition to the Lodge team.

Sebastian strives to find a balance between making a living, having a positive impact, and protecting the environment. For him, the Lodge, with its close proximity to peaks, waterfalls and meadows, is a great place to achieve that. Since first being hired, Sebastian has moved up the ranks to be the Co-COLT Manager, a position he shares with his wife, Julia who like him comes originally from Goch, Germany. The couple have made the Lodge their home over the years, and along with their young son, Felix are an integral part of the community. 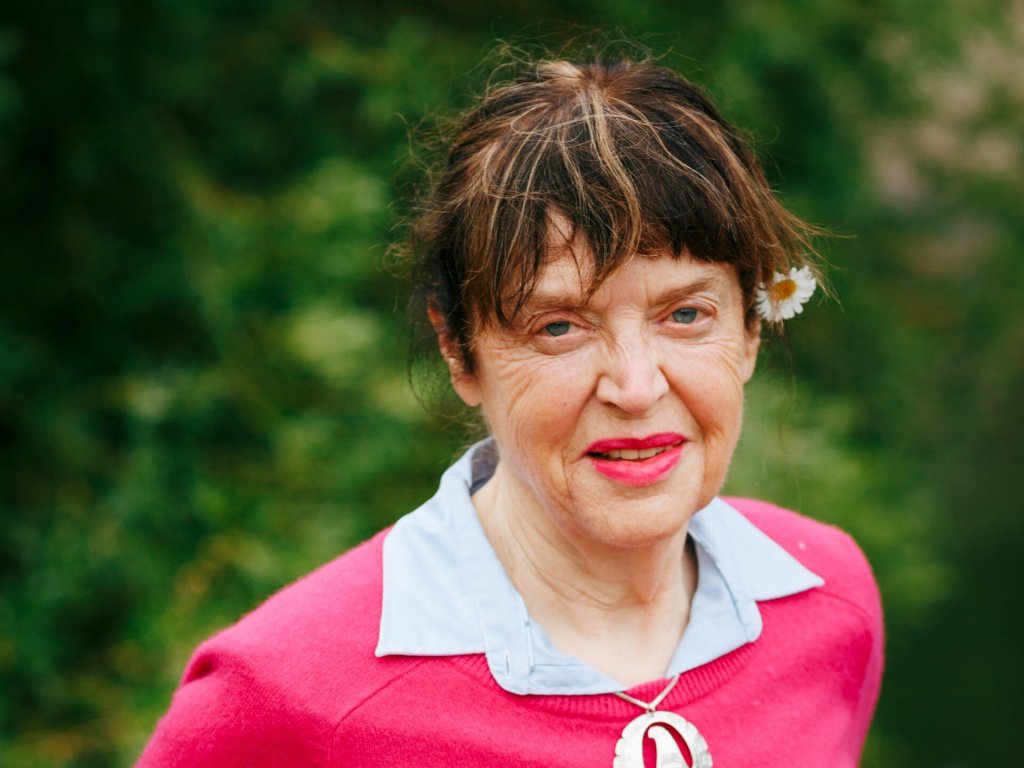 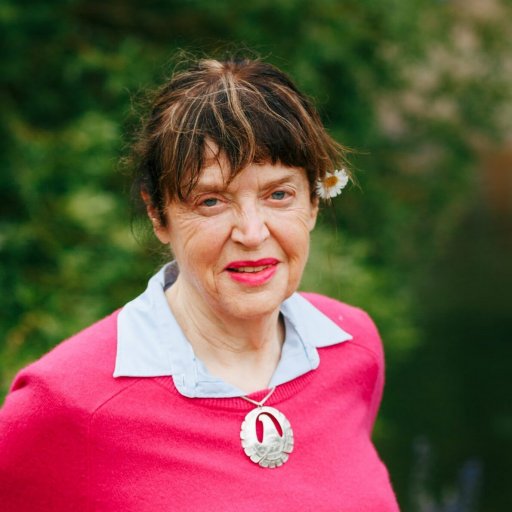 As the founder of the Lodge with her late husband Jim, Myrna has been integral to its success and has been active in the Lodge’s evolution over the years. Myrna earned a Bachelor of Home Economics from the University of British Columbia (UBC) in 1956, where she met Jim, spent a year with her family in England working on her Master's degree in Planning in 1969 and taught Home Economics at Carihi high school in Campbell River for a period of 15 years, all while raising five children and running the Lodge.

Her passion for outdoor education, shaping young minds and interest in health and well-being remains and she has seen literally thousands of students and staff come through the Lodge doors. While today she has retired from the day-to-day demands of the business, she still influences the vision and values of the Lodge, particularly related to the landscaping. Her book, Survival: Strathcona Style,came out in 2009, in time to celebrate the Lodge's 50th anniversary. The book recounts the first 27 years of the Lodge, and is a unique compilation of artwork, photos, poems, maps and stories from many of the first "Lodgies" to call Strathcona home, as well as articles that highlight Lodge activities and environmental challenges the Lodge contended with. The 60th anniversary edition, updated with colour photos and a new, compelling cover, will be available in July, 2019.

Each of our buildings and rooms come with a distinctive history and construction – no two are the same. Our accommodation is eclectic, family-friendly and ranges from rustic charm to wilderness resort luxury.